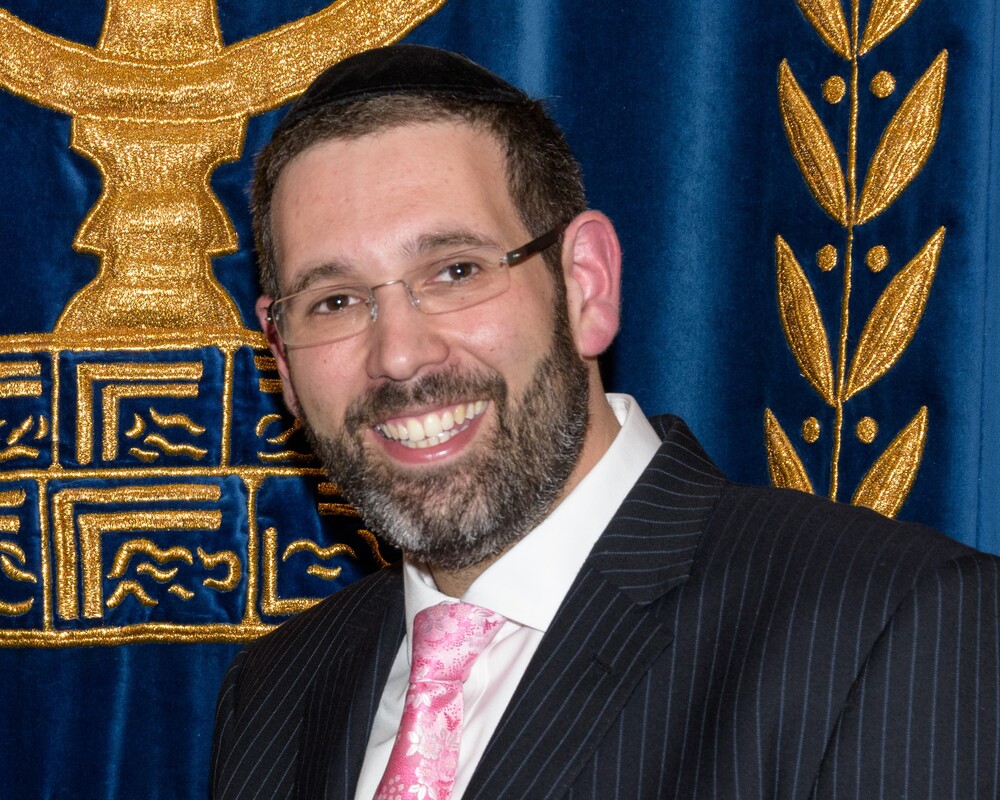 Rabbi Marc Levene
Marc Levene has been the Rabbi of Belmont United Synagogue since 2017, having previously served as the Assistant Rabbi at Hampstead Garden Suburb Synagogue (HGSS) for nearly six years.

Rabbi Levene grew up in Borehamwood, where he was a very proud member of the Borehamwood and Elstree United Synagogue. He attended both Watford Grammar School for Boys and the JFS, before spending a gap year in Israel with FZY in 2000. He then went on to read Community and Youth Studies gaining a BA (Hons) at Leeds Metropolitan University, as well as receiving a Diploma in Youth Work from the National Youth Agency (NYA). After working for the Clubhouse in Golders Green, a centre for troubled teenagers, Rabbi Levene spent 6 years from 2005 at the Darche Noam Yeshivah (Shapell’s) in Jerusalem.

Whilst there he met his wife, Lisa, who is originally from Pinner and they went on to marry in 2007. Together they have four beautiful girls, Rachel, Miri, Ruthie and Rivka. In 2011 he received his Semicha (Rabbinical Ordination) from Rabbi Zalman Nechemia Goldberg z’l.

As an experienced Rabbi, he is able to speak on a vast array of topics with particular interest in teaching Halacha and the Parsha as well as officiating at all lifecycle events.

Since moving back to London in the summer of 2011, Rabbi Levene’s energy and enthusiasm has been enjoyed way beyond the borders of the communities in which he works. He can be seen singing at many smachot, exciting the crowds at the Annual Etgar Competition at Wembley Stadium, or on stage at Trafalgar Square for Chanukah.

Rabbi Levene is an elected member of the Rabbinical Council of the United Synagogue, with the portfolio for Tribe and Young People. He is a facilitator for the Promoting Excellence in Rabbonim (PEIR) Goal and Review Settings, guiding rabbinical colleagues and lay leaders through this process. Rabbi Levene is a passionate Liverpool LFC supporter. He also enjoys performing magic, cooking, and is partial to a very nice single malt scotch.
Lisa Levene
Born and raised in North West London, Lisa completed her BSc Psychology and Management followed by a Masters in Personnel and Development whilst simultaneously working for Marks and Spencer and then Mercer Human Resource Consulting. After working in the City for over five years she then spent seven years in Israel, three of which in Sem. During that time, she founded her own virtual consultancy firm LL Consulting

Lisa is an experienced educator and has been involved in many innovative programmes and educational initiatives both at home and abroad.  During her time in Israel she was trained by Ner LeElef and received accreditation from the Refuah Institute in counselling and cognitive behavioural therapy.

Certified by ‘MEP’ and the ‘Jewish Marriage Education’, Lisa instructs and counsels brides before marriage. She also teaches Batmtizvah girls, in groups or individually. In 2019 Lisa joined The Core Organisation team and in early 2020 became Project Director, where she takes an active role in ‘Strengthening Jewish Homes and Communities’ in a senior, international capacity.

She thrives in her role as a Rebbetzen and manages her family and varied communal responsibilities with her warm sense of humour and infectious laughter.